Fishing/catching has remained strong since our opening on April 13th. Some remarkable fish like the one Molly is holding have been landed in the last 2 weeks. Her guide, Chris Goodwin, representing Blue Quill Angler, put her on this fish. BTW when I talked with Molly she was well on her way to landing a […] 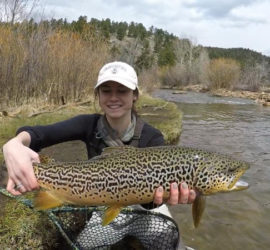 Anglers, Opening day was a success even though it was cold and very windy. Anglers and guides got their hands cold holding some fantastic fish, like the Brown that Christine is holding. Numerous fish in the 24 inch + category were landed. In total 9 anglers landed 150+ fish. How’s that for a great day of […]

Anglers, I am sorry to report that Boxwood Gulch and Long Meadow will remain closed until the  Spring of 2018. The reason is low water and soon too much ice. Denver Water has decided that they will not need the water from this drainage until next Spring so they are not going to divert water from Dillon […] 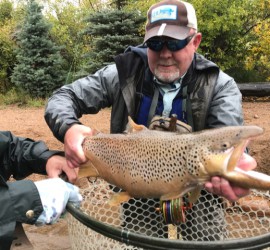 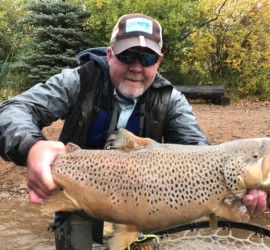 Anglers… We are temporarily closed due to low water. We will reopen as soon as Denver Water gets Roberts Tunnel fixed. We hope that means about 10-24-17. Call one of our Authorized Outfitters for the latest information and to book your late fall fishing trip.The Big Browns and Rainbows will be waiting to attack. The […]

Excellent conditions made for a beautiful day of fishing for our client Nate, guided by Peter Ryan of Blue Quill Angler. In Peter’s words: Hi Dan, This happened at Longmeadow on Wednesday. We taped the bow at 32″. 18″ girth.  Nate had a great stick. He landed every fish he hooked and got into a bunch […] 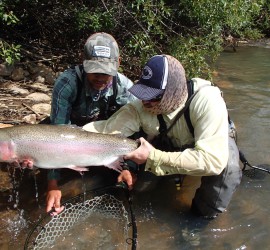 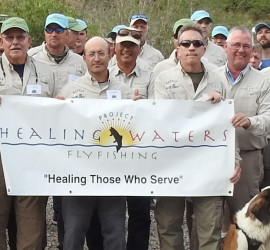 Boxwood Gulch hosted the “Battle at Boxwood” for the seventh year on July 22, 2017. The event was a huge success thanks to the many volunteers, guides, and sponsors. Lots of fish were landed…. some of the big ones got away. Fishing remains excellent. Click on the Instagram and Face Book icons for the evidence.

Larry was at Boxwood Gulch with the guides from Trout’s when he landed this huge Tiger.We figure it beat the State record by about 3-4 lbs. At 27 inches it was only 1 inch shy of the length record. We have plenty of water and it is quite clear. The fish are mostly on the edges […] 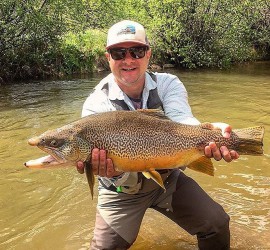 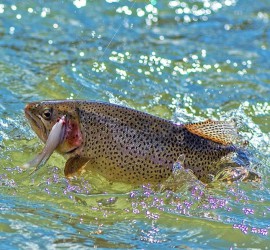 Wow…what a fantastic month for fishing streamers. Lots of 10-12 lb fish landed on nearly every trip. We had plenty of great water all month…a mix of Dillon water and natural runoff provided just enough color to bring the Big fish out in the open. Some bugs that worked: Mop Flies, Princes, worms, eggs, Wooly […]

Fishing remained as strong as ever in April even though we had some Spring Mountain weather to deal with. The anglers who braved a few cold and  snowy days were rewarded with fantastic fishing. I received lots of really cool pics of trophy sized Trout. I picked this one from James, at Hoodlum Photography, for […] 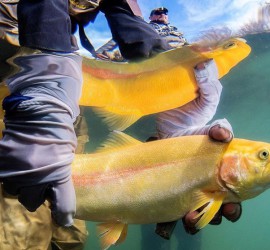 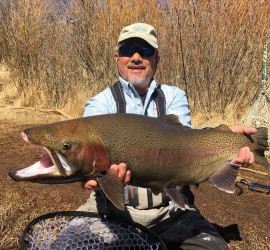 Imagine having this brute on the other end of your fly line. Hooked on a #20 nymph. Brian from Blue Quill put his client Frank onto this monster Bow and then the fight was on. Notice the nose on the fish is rubbed raw. The Big Bows at Boxwood dig out their own food from the […]